As a result of first day matches the first semi-final was played between   IoBM and KIET-B team  and it was won by KIET.. The
second semi-final was played between NEDUET and KIET-A team and it was won by NEDUET. The match was thrilling and KIET Team was winning but 30 seconds before the end of game NEDUET scored a goal and equalized the score. The second semifinal was then decided on Penalty-shots and NUEDUET won the match.  Final was played between KIET and NEDUET. The Final was very exciting and both the teams displayed a very good game and it was won by KIET. The match was decided on Penalty-shots.   AVM Tubrez Asif (R) President PAF-KIET gave the Cash awards, trophies and Medals to WINNER & RUNNER-UP Teams. There was a cash award for the WINNER & RUNNER-Up teams of Rs.10, 000/- and Rs.5, 000/- respectively. 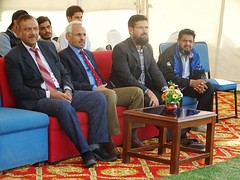 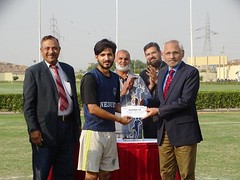 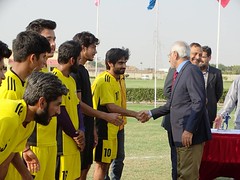 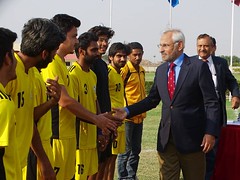 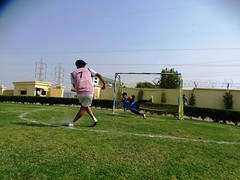 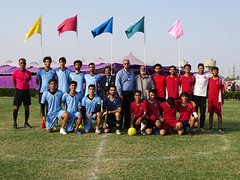 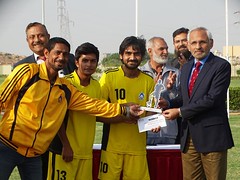 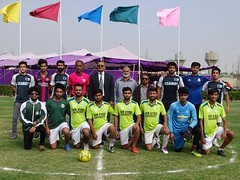 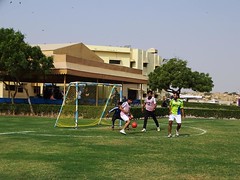 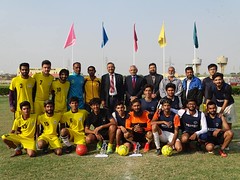 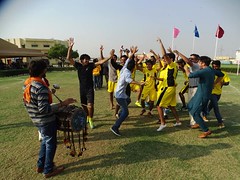 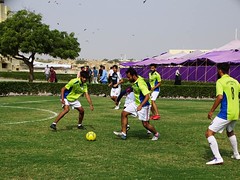 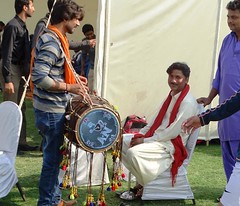 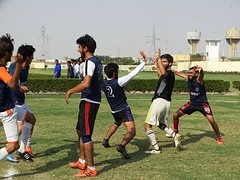 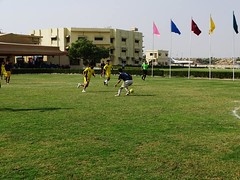